A little bit about us!

OcularAI, established by York University, focuses on designing and developing custom AI solutions for businesses with AI problems. OcularAI provides businesses with software and services that help unlock the true value of their data or automate their tasks. We expect every one of our clients to be unique in terms of their AI needs and as such, we try to offer them a unique service that matches their requirements. With a flexible deployment model, OcularAI offers embedded, in-premise and cloud-based architectures for its AI solutions.sed architectures. 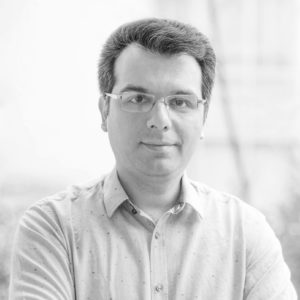 Ehsan Fazl-Ersi is an Artificial Intelligence scientist, with dual industry and academic focus. Ehsan’s educational background includes a MASc in Systems Design Engineering from the University of Waterloo, a Ph.D. in Computer Science and Engineering from York University and a Postdoctoral Fellowship at the University of Ottawa. His research interests lie in the area of Artificial Intelligence in general and specifically include Computer Vision and Machine Learning. In 2014, Ehsan joined Slyce, the leading deployed mobile visual search solution for enterprise brands, as a result of an acquisition of an image recognition technology he invented as part of his Ph.D. research. Ehsan was the CSO of Slyce for over 20 months, leading a team of graduates and interns from top universities in North America (e.g., Stanford, University of Toronto and University of Waterloo) towards designing and implementing various solutions for image analysis and understanding. In late 2015, Ehsan returned to academia and took a professorship position, while forming a team of brilliant AI scientists and engineers to start OcularAI. Ehsan is the inventor of 3 U.S patents and has over 30 refereed publications in various fields of AI, two of which winning him Best Paper awards.

John Tsotsos is Distinguished Research Professor of Vision Science at York University. He received his doctorate in Computer Science from the University of Toronto and then joined its faculty in Computer Science and in Medicine. In 1980 he founded the highly respected Computer Vision Group at the University of Toronto, which he led for 20 years. He was recruited to move to York University in 2000 as Director of the Centre for Vision Research. He has been a Fellow of the Canadian Institute for Advanced Research and currently holds the Canada Research Chair in Computational Vision. He has received many awards and honours among them a 1987 inaugural Marr Prize citation, the 1997 CITO Innovation Award for Leadership in Product Development, the 2006 Canadian Image Processing and Pattern Recognition Society Award for Research Excellence and Service, the 2011 Geoffrey J. Burton Memorial Lectureship from the United Kingdom’s Applied Vision Association and is an IEEE Fellow. He was elected as Fellow of the Royal Society of Canada in 2010 and was awarded its 2015 Sir John William Dawson Medal for sustained excellence in multidisciplinary research, the first computer scientist to be so honoured. He holds several patents and technology transfer licences, and has consulted widely to industry in Canada and USA. 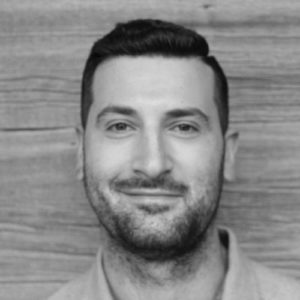 Adam has spent his career in product and operations. His product focus has been about understanding the needs to users and encouraging teams to solve problems through iteration. His operational focus has been about outfitting teams with tools and workflows that allow for scale (lather-rinse-repeat). His overall philosophy is that scale is a function of workflows and leadership; a perspective learned overtime from failures and successes in his various startup journeys. 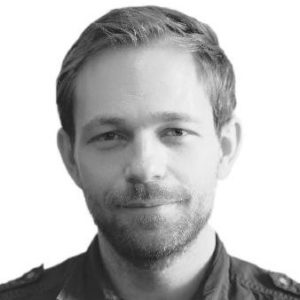 Steve has led numerous development teams and product releases over his career, primarily from the position of Chief Technology Officer. With a passion for technology, Steve is uniquely adept at bridging ideas from numerous disciplines to tackle technical challenges in novel ways. Steve was the former CTO of Slyce, a publicly traded computer-vision and AI company, and he continues to participate in the growing field of machine learning. Steve currently manages numerous open-source AI projects, including an IBM-backed server solution for low-latency AI inference. 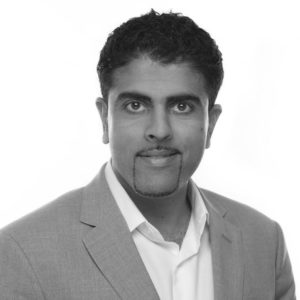 Hassan Jaferi is a commercialization professional who helps researchers and scientists develop their products for commercial markets – through patents, licenses and entrepreneurial ventures. His work is where science and business come together. Hassan graduated from the University of Ottawa with an undergraduate degree in Computer Engineering which was followed by a Masters degree in Space Management from the International Space University. His work with the Canadian Intellectual Property office, university-based technology transfer offices and startup companies enables OcularAI to take advantage of over 15 years of professional experience.

Sarah is a business development professional with extensive experience fostering innovation and developing strategic business operations. Sarah joined York University in 2010 as the Associate Director, Intellectual Property & Research Agreements and became the Director, Innovation York in September, 2012. Over the past six years, Sarah has successfully created an innovation office at York University that provides a myriad of services across the university and has grown the team to 18. She has created and grown a pan-university educational entrepreneurship program, developed and manages two startup accelerators; and developed and manages an 8000 square foot innovation centre, as a strategic step in the development of a new campus. In addition, Sarah is co-lead for the strategic development of innovation and entrepreneurship across the campus. OcularAI benefits from Sarah’s support towards commercialization and investments.